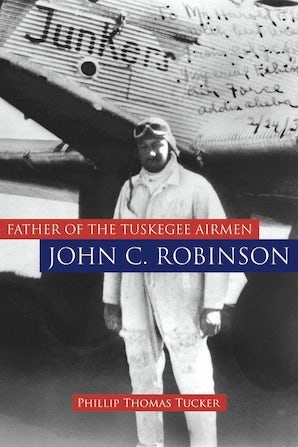 Across black America during the Golden Age of Aviation, John C. Robinson was widely acclaimed as the long-awaited “black Lindbergh.” Robinson’s fame, which rivaled that of Joe Louis and Jesse Owens, came primarily from his wartime role as the commander of the Imperial Ethiopian Air Force after Italy invaded Ethiopia in 1935. As the only African American who served during the war’s entirety, the Mississippi-born Robinson garnered widespread recognition, sparking an interest in aviation for young black men and women.

Known as the “Brown Condor of Ethiopia,” he provided a symbolic moral example to an entire generation of African Americans. While white America remained isolationist, Robinson fought on his own initiative against the march of fascism to protect Africa’s only independent black nation. Robinson’s wartime role in Ethiopia made him America’s foremost black aviator.

Robinson made other important contributions that predated the Italo-Ethiopian War. After graduating from Tuskegee Institute, Robinson led the way in breaking racial barriers in Chicago, becoming the first black student and teacher at one of the most prestigious aeronautical schools in the United States, the Curtiss-Wright Aeronautical School. In May 1934, Robinson first planted the seed for the establishment of an aviation school at Tuskegee Institute. While Robinson’s involvement with Tuskegee was only a small part of his overall contribution to opening the door for blacks in aviation, the success of the Tuskegee Airmen—the first African American military aviators in the U.S. armed forces—is one of the most recognized achievements in twentieth-century African American history.

Phillip Thomas Tucker has a doctorate in American history from St. Louis University and is the author or editor of more than twenty books devoted to various aspects of African American, Civil War, women’s, and Irish history. For nearly twenty years, Dr. Tucker has worked in Washington, D.C., as a U.S. Air Force historian. He lives in Maryland.

“Tucker knows how to mine the data for details lying well below the surface and use them to create an exhilarating narrative. This book demonstrates the power of analysis and the ability of the author to tell of the African American experience.”—Mario Marcel Salas, assistant professor of political science, University of Texas at San Antonio
“Phillip Thomas Tucker resurrects John C. Robinson, once the best-known black pilot in the world, who has since been largely forgotten. Tucker’s book fills an important gap, reminding readers that Robinson, a son of the South, turned Chicago into the greatest center of black aviation in the 1930s, encouraged Tuskegee Institute to establish black pilot training, and then led the Ethiopian air force. Anyone who has ever heard of black aviation pioneers Charles Anderson, Willa Brown, Cornelius Coffey, Dale White, and Chauncey Spencer should also be familiar with John C. Robinson, without whom the others might have never learned to fly. Tucker convinces us that Robinson is one of the greatest of the black aviation pioneers and played an instrumental role, not only in the establishment of black pilot training in the United States, but also in inspiring black pilots to join the fight against fascism, as he did.”—Daniel L. Haulman, chief, Organizational Histories Division, Air Force Historical Research Agency
"This engaging biography of John C. Robinson, the 'Brown Condor,' gives the aviation pioneer his historical due and—while most studies of New World-African connections focus on western Africa—makes an important contribution to our knowledge of links between African Americans and northeast Africa, particularly the independent Ethiopian nation of Emperor Haile Sellassie I."—Tim Carmichael, associate professor of history, College of Charleston 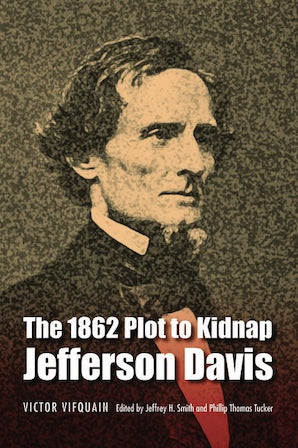 The 1862 Plot to Kidnap Jefferson Davis