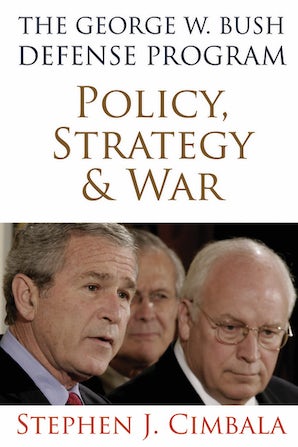 The events of 9/11 and the wars in Iraq and Afghanistan make an obvious case for expert study of the George W. Bush defense program. During the Bush administration, the rise and fall of governments, the fates of peoples, and the very definitions of “war” and “victory” were up for discussion. The United States, with its unprecedented global military power at the dawn of the twenty-first century, created new opportunities for using foreign policy and military strategy on behalf of national and allied interests. But this power was limited, and its use against unconventional or otherwise unorthodox enemies required careful calibration of its various instruments.In this insightful series of essays edited by Stephen Cimbala, eleven academic experts prominent in the defense and security think-tank communities assess Bush’s defense program. Many also have past or current experience in the U.S. government or the American armed forces. They examine Bush’s defense policy and strategy across several critical issues, including Iraq, Afghanistan, terrorism, nuclear arms control, and foreign military sales. In addition, special chapters are devoted to the leadership style of former defense secretary Donald Rumsfeld, to the idea of “victory” as it might apply to Bush’s defense decisions, and to the best exit strategy from Iraq for the United States. The lessons learned from the successes and failures in Bush’s defense policy, clearly presented in The George W. Bush Defense Program, can also be applied to the appraisal of all presidents.

Stephen J. Cimbala is Distinguished Professor of Political Science at Penn State Brandywine and the author of Russia and Postmodern Deterrence: Military Power and Its Challenges for Security (with Peter Rainow, Potomac Books, Inc., 2007). He has served as a consultant to various U.S. government agencies and defense contractors and has been cited in many U.S. and foreign media sources. He lives in Media, Pennsylvania.

“With an impressive stable of authors, The George W. Bush Defense Program succeeds in painting a complete if not complex canvas that allows not only national security professionals but also the general public to gain an initial impression of the totality of the Bush era’s approach. This work will stand up well when the cold eye of history casts its gaze on the Bush era years from now.”—William Flavin, professor, Peacekeeping Stability Operations Institute, U.S. Army War College
“Stephen Cimbala has brought together a formidable corps of contributors in this wide-ranging, thoughtful examination of national security affairs in the Bush era. Whether the topic is terrorism, insurgency, or traditional warfare, the tone is clear and dispassionate, the insights are fresh, and the policy recommendations compelling.”—John Arquilla, professor of defense analysis, Naval Postgraduate School, and coeditor of The Three Circles of War
“This is a balanced, nuanced, and objective analysis of how the George W. Bush administration addressed defense challenges. A distinguished group of contributors surveys a spectrum of defense issues such as military planning and transformation, civil-military relations, coalition operations, Iraq and Afghanistan strategies, weapons of mass destruction, arms control, proliferation, and missile defense. Taken together, the chapters that compose this volume provide important perspective and context to the Bush administration’s security policy and strategy.”—Robert L. Pfaltzgraff Jr., Shelby Cullom Davis Professor of International Security Studies, The Fletcher School, Tufts University 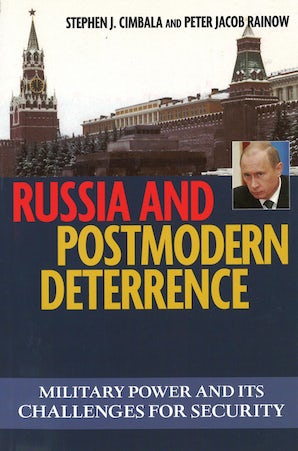