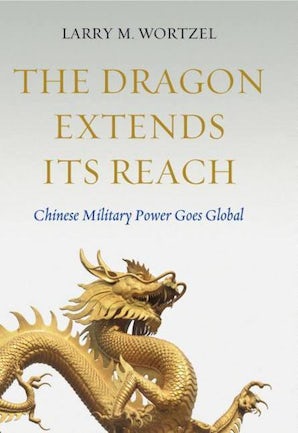 The Dragon Extends its Reach

China has evolved from a nation with local and regional security interests to a major economic and political power with global interests, investments, and political commitments. It now requires a military that can project itself around the globe, albeit on a limited scale, to secure its interests. Therefore, as Larry M. Wortzel explains, the Chinese Communist Party leadership has charged the People’s Liberation Army (PLA) with new and challenging missions that require global capabilities.

Advances in technology and the development of indigenous weapons platforms in China, combined with reactions to modern conflicts, have produced a military force very different from that which China has fielded in the past. Wortzel presents a clear and sobering picture of the PLA’s modernization effort as it expands into space and cyberspace, and as it integrates operations in the traditional domains of war.

This book will appeal to the specialist in security and foreign policy issues in Asia as well as to the person interested in arms control, future warfare, and global military strategies. The book puts China’s military growth into historical context for readers of recent military and diplomatic history.

LARRY M. WORTZEL spent much of his thirty-two-year military career in the Asia-Pacific region, including two tours of duty as a military attaché in China. He served as director of the Strategic Studies Institute at the U.S. Army War College and, after retirement, as Asian studies director and vice president at the Heritage Foundation. For over a decade he has been a commissioner on the U.S.-China Economic and Security Review Commission. He is the author or editor of ten previously published books about China. He lives in Williamsburg, Virginia.

"A book well worth reading and retaining."—Paul Godwin, China Quarterly
“This book is both important and timely. As we collectively endeavor to understand China’s trajectory, Dr. Wortzel provides us with unique insights into the capabilities of the PLA, as well as the role they are likely to play in decision making going forward. He sheds a great deal of light on an otherwise opaque military. This is a significant contribution to the policy making community and a “must read” for current and aspiring China Hands.”—RICHARD L. ARMITAGE, former deputy secretary of state, and president, Armitage International
“This comprehensive and thorough study by a seasoned PLA watcher shows how China’s emerging capabilities in space, cyberwarfare, strategic missiles, and other advanced technologies are laying the foundation for its rise as a global military power. As China’s worldwide economic interests grow in breadth and depth, this careful and realistic assessment of China’s parallel military capabilities deserves close attention among all who are contemplating how the United States should configure its national security goals ahead.”—ALICE L. MILLER, research fellow, Hoover Institution, Stanford University
“The title says it all: The Dragon Extends Its Reach is a masterwork of research and review about the recent past and a superb delivery of prognostication regarding what is arguably the single most important geo-political nation-state on the face of the earth, especially in the context of its potential impact on global security and specifically on the security of the United States. All government leaders, generals and admirals, intelligence professionals, captains of industry, and every citizen who cares about our relationship with the People’s Republic of China should read every sentence of this book.”—LT. GEN PATRICK M. HUGHES, USA (Ret.), and president, PMH Enterprises LLC
“Larry Wortzel has written an indispensable guide to the People’s Liberation Army. It is especially strong using Chinese sources, from ancient military strategists to the current chief scientist for cyber security at the Chinese Academy of Sciences. While he sometimes gives the PLA the benefit of capabilities about which I have doubts, his judgments on the gap between the PLA’s reach and its grasp are balanced. A strength of the book is its treatment of the many important components of the PLA beyond ground, air, and naval forces—space, information, and electronic warfare; the general political department; and rocket forces. Those newly interested in the PLA can do no better than to start with this book, and we longtime PLA-engagers can also test our knowledge and learn by reading it.”—DENNIS BLAIR, former director of national intelligence and commander in chief, U.S. Pacific Command
"In order to understand the PLA's influence on China's aggressive foreign policies, and how they plan to use cyber warfare to achieve their objectives, this is must read book."—ADMIRAL ACE LYONS (USN Ret.), former commander, US Pacific Fleet