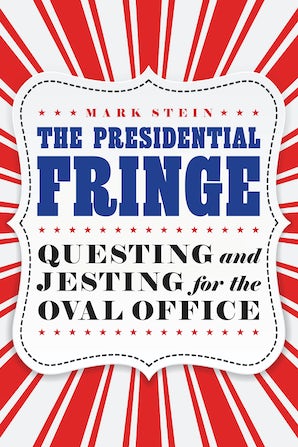 Questing and Jesting for the Oval Office

This offbeat slice of American history places the story of our great republic beneath an unexpected lens: that of fringe candidates for president of the United States. Mark Stein explores how their quest for our nation’s highest office helped to amplify voices otherwise quashed during their day. His careening tour through elections past includes the efforts of true pioneers in the quest for social equality in our country: the first woman to run for president, Victoria Woodhull in 1872; the first African American to run for president, George E. Taylor in 1904; and the first openly gay cross-dressing candidate for president, Joan Jett Blakk in 1992.

But The Presidential Fringe also takes a look at those who would jest their way into the Oval Office, from comedians such as Will Rogers and Gracie Allen to Pat Paulsen and Stephen Colbert. Along the way, Stein shows how even seemingly zany candidates, such as “Live Forever” Jones, Vegetarian Party candidate John Maxwell, Flying Saucer Party candidate Gabriel Green, or, most recently, Vermin Supreme, provide extraordinary insights of clarity into who we were when they ran for president and how we became who we are today. Ultimately, Stein’s examination reveals that it was often precisely these fringe candidates who planted the seeds from which mainstream candidates later harvested genuine, positive change.

Written in Stein’s direct and witty style, The Presidential Fringe surveys and portrays an American landscape rife with the unlikely, unassuming, unexpected, and (in a few cases) unbalanced presidential hopefuls who, in their own way, have contributed to this nation’s founding quest to form a more perfect Union.

Mark Stein is an author, screenwriter, and playwright. He is the author of several books, including Vice Capades: Sex, Drugs, and Bowling from the Pilgrims to the Present (Potomac Books, 2017); How the States Got Their Shapes, a New York Times best seller and the basis for the eponymous History Channel series; and American Panic: A History of Who Scares Us and Why. For more information about the author, visit marksteinauthor.com.

"As Mark Stein makes clear in The Presidential Fringe, his amusing and strangely inspiring chronicle of little-known candidates in American history, there are presidential hopefuls who really do give their all with no hope of glory."—Dave Shiflett, Wall Street Journal
"Every four years, Americans awake the first Wednesday after the first Monday of November to learn which of two contenders has been elected president. But closer examination of results often shows more than two candidates actually having campaigned—often many more. In this one-stop history of third-party presidential candidates, Stein (Vice Capades, 2017) details how these outliers have provided a politics-weary populace plenty of distraction, much of it comic. . . . With a clear and discerning eye, Stein writes of all these questers as he invites readers to take underlying concerns for a free and democratic society seriously."—Mark Knoblauch, Booklist, starred review
"Informative and entertaining, forcing American readers to take some glances into what at times is an unflattering mirror."—Kirkus Reviews
“Mark Stein once again holds a brilliant mirror up to American society and history, this time refracted through the lens of fringe presidential candidates, ranging from the profound to the pathetic. In humorous, incisive, and telling narratives, he shows us that two of our most enduring national traits are optimism and hope.”—Mark Olshaker, coauthor of Mindhunter and Deadliest Enemy

“If ever there was a time to seriously consider the value of candidates who lampoon our electoral system, it is now during the presidency of Donald Trump. Outrageous claims, promises that can never be kept, and shameless, self-serving tactics to win attention at all costs—the candidates described in this book have done it all before. Perhaps if we had understood these candidates’ efforts, we wouldn’t have the current clown in the Oval Office. This book gives us the chance to reexamine our democratic traditions, and nothing could be more timely.”—Gabriel Gomez, professor of education at Chicago State University and co-producer/director of the Drag In for Votes documentary on the presidential campaign of Joan Jett Blakk 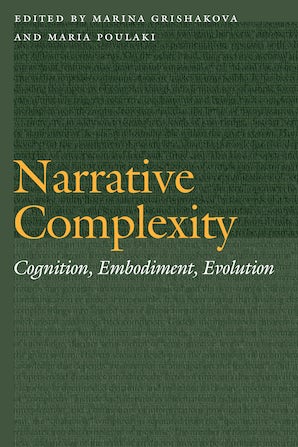