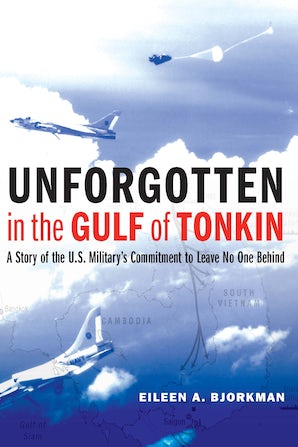 Unforgotten in the Gulf of Tonkin

A Story of the U.S. Military's Commitment to Leave No One Behind

On November 18, 1965, U.S. Navy pilot Willie Sharp ejected from his F-8 fighter after being hit while positioned over a target in North Vietnam. With a cloud layer beneath him, he did not know if he was over land—where he would most certainly be captured or killed by the North Vietnamese—or over the Gulf of Tonkin. As he ejected, both navy and air force aircraft were already heading toward him to help.

What followed was a dramatic rescue made by pilots and other airmen with little or no training or experience in combat search-and-rescue. Told by former military flight test engineer Eileen A. Bjorkman, this story includes nail-biting descriptions of air combat, flight, and rescue. Bjorkman places Sharp’s story in the larger context of the U.S. military’s bedrock credo—No Man Left Behind—and calls attention to the more than eighty thousand Americans still missing from conflicts since  World War I. She also explores the devastating aftershocks of the Vietnam War as Sharp struggled with post-traumatic stress disorder.

Woven into this gripping tale is the fascinating history of combat search-and-rescue missions that officially began in World War II. Combining the cockiness and camaraderie of Top Gun with the heroics of Sully, Unforgotten in the Gulf of Tonkin is a riveting tale of combat rescue and an unforgettable story about the U.S. military’s commitment to leave no man behind.

Eileen A. Bjorkman is a former flight test engineer with more than thirty-five years of experience. She is the author of The Propeller under the Bed: A Personal History of Homebuilt Aircraft and has published articles in the Smithsonian’s Air & Space Magazine, Aviation History, Sport Aviation, the Everett Daily Herald, and the Herald Business Journal.

"Unforgotten in the Gulf of Tonkin is a worthwhile addition to the Vietnam-era rescue literature, and documents a memorable story that deserved to be preserved."—John J. Deeney IV, Journal of Military History
"Bjorkman's Air Force career as a flight test engineer and flight instructor lends authenticity and color to her descriptions of aviation history."—Military Officer
"Eileen A. Bjorkman’s Unforgotten in the Gulf: A Story of the U.S. Military’s Commitment to Leave No One Behind . . . is a well-written, meticulously researched and annotated story of the history and development of air rescue and retrieval from World War I to the present day."—VVA Veteran
"Unforgotten in the Gulf of Tonkin: A Story of the U.S. Military's Commitment to Leave No One Behind is full of vignettes of fascinating stories from the birth of combat aviation to the rise of combat search and rescue. It weaves together a tapestry of short stories that all add up to display the most awe-inspiring aspect of military life—that no matter what happens, the U.S. military will come back for its own."—Blake Stilwell, military.com
“Bjorkman has written not only a superb account of one navy pilot’s rescue during the Vietnam War but also the histories of the F-8 Crusader, naval air training, air/sea rescue, aircraft carrier operations, the psychological aftereffects of combat, and the American ethos of making sure everyone leaves a combat area. Bjorkman deftly weaves these diverse topics into one cohesive story centered on Willie Sharp’s ejection and rescue on November 18, 1965. A gripping tale and marvelous history.”—Col. Scott A. Willey, USAF (Ret.), book review editor for Air Power History
“Eileen Bjorkman masterfully blends the saga of the daring, heroic rescue of a downed fighter pilot in the Vietnam War with a history of the military air rescue mission whose brave men and women selflessly fulfilled its motto ‘That Others May Live.’  . . . A fascinating read.”—Gen. John Michael Loh, USAF (Ret.), former commander of Air Combat Command and fighter pilot in the Vietnam War
“Unforgotten in the Gulf of Tonkin is a tale well told, a true page-turner. Much as writers like Walter Isaacson and David McCullough make history come alive, Eileen Bjorkman’s narrative grips the reader and causes him or her to yearn to know what happens next. Put this book on your short list—you won’t be disappointed.”—Capt. George Galdorisi, U.S. Navy (Ret.), author of Leave No Man Behind: The Saga of Combat Search and Rescue 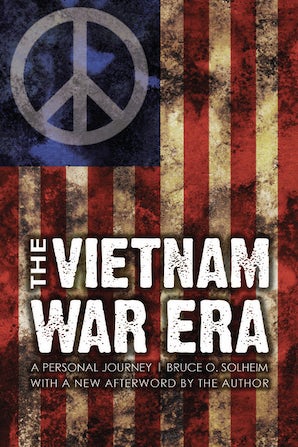 Bruce O. Solheim
With a new afterword by the author 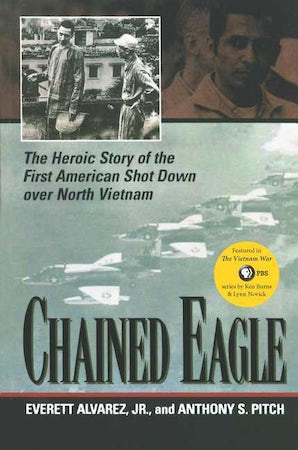 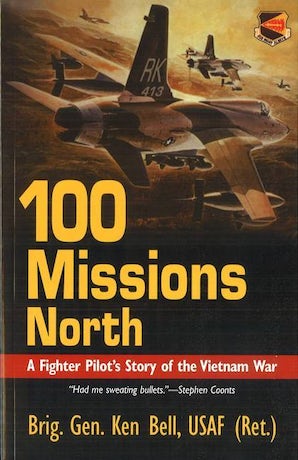