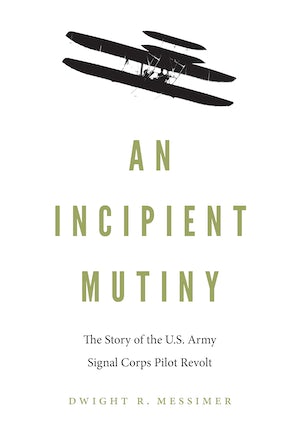 The Story of the U.S. Army Signal Corps Pilot Revolt

An Incipient Mutiny traces the creation of the U.S. Army Signal Corps Aeronautical Division in 1907 up to the establishment of the Air Service of the National Army in 1918. It is a shocking account of shortsightedness, mismanagement, criminal fraud, and cover-up that led ultimately to a pilot revolt against the military establishment. Dwight R. Messimer focuses on the personalities of the pilots who initiated the rebellion and on the Signal Corps officers whose mismanagement brought it on.

The official air force histories say nothing about the poor construction and design flaws in the airplanes that the Signal Corps used, which were responsible for the deaths of 25 percent of the pilots, a death rate so high that no life insurance company would issue them a policy. At the same time, there were airplanes on the market that were superior in every way to the planes the army was using and less expensive as well. The loss of human life, then, could not have been more senseless.

Dwight R. Messimer has written a dozen books on military and naval history, including Find and Destroy: Antisubmarine Warfare in World War I and The Baltimore Sabotage Cell: German Agents, American Traitors, and the U-boat Deutschland during World War I.

"Messimer has given us a riveting tale of military theory, aviation technology, bureaucratic infighting, and personal ambition. Anyone who reads this book will be entertained as well as enlightened about the early days of Army aviation."—Russell K. Brown, Journal of America's Military Past
"An Incipient Mutiny offers the reader candid histories of forgotten figures such as Adolphus Washington Greely, Paul Beck, Charles DeForest Chandler, and many others."—Robert S. Davis, New York Journal of Books
“In an intensely human story of ambitions and bureaucratic infighting, Dwight Messimer has made an outstanding contribution to aviation history through his extensive research and detailed use of primary sources, army documents, and personal letters and accounts. It concludes with a masterful, edge-of-your-seat courtroom account rivaling The Court Martial of Billy Mitchell.”—Cdr. Alan D. Zimm, U.S. Navy (Ret.), author of Attack on Pearl Harbor: Strategy, Combat, Myths, Deceptions

“Drawing on long-neglected primary sources, Dwight Messimer tells the story of bureaucratic rivalry, personality clashes, and rival military theories that led to mutiny and scandal among the United States’ earliest U.S. Army aviators. A riveting story in itself, An Incipient Mutiny is a valuable addition to our understanding of why the United States, the world’s leader in aeronautics in 1903, fell so far behind the rest of the world in military aviation by World War I.”—Jonathan Roth, author of Roman Warfare and director of the Charles Burdick Military History Project 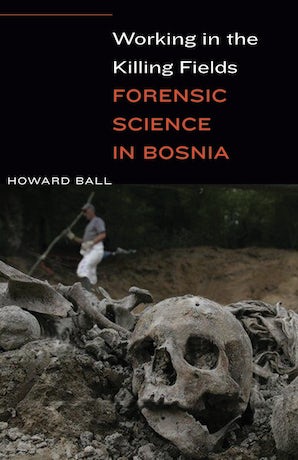