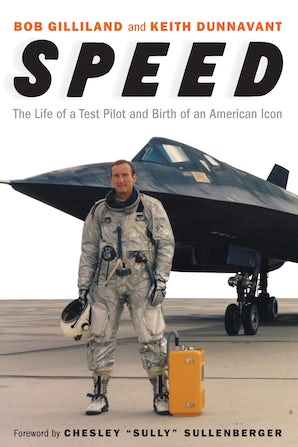 On the morning of December 22, 1964, at a small, closely guarded airstrip in the desert town of Palmdale, California, Lockheed test pilot Bob Gilliland stepped into a strange-looking aircraft and roared into aviation history.

Developed at the super-secret Skunk Works, the SR-71 Blackbird was a technological marvel. In fact, more than a half century later, the Mach 3–plus titanium wonder, designed by Clarence L. “Kelly” Johnson, remains the world’s fastest jet.

It took a test pilot with the right combination of intelligence, skill, and nerve to make the first flight of the SR-71, and the thirty-eight-year-old Gilliland had spent much of his life pushing the edge.

In Speed one of America’s greatest test pilots collaborates with acclaimed journalist Keith Dunnavant to tell his remarkable story: How he was pushed to excel by his demanding father. How a lucky envelope at the U.S. Naval Academy altered the trajectory of his life. How he talked his way into U.S. Air Force fighters at the dawn of the jet age, despite being told he was too tall. How he made the conscious decision to trade the security of the business world for the dangerous life of an experimental test pilot, including time at the clandestine base Area 51, working on the Central Intelligence Agency’s Oxcart program.

The narrative focuses most intently on Gilliland’s years as the chief test pilot of the SR-71, as he played a leading role in the development of the entire fleet of spy planes while surviving several emergencies that very nearly ended in disaster.

Waging the Cold War at 85,000 feet, the SR-71 became an unrivaled intelligence-gathering asset for the U.S. Air Force, invulnerable to enemy defenses for a quarter century.

Gilliland’s work with the SR-71 defined him, especially after the Cold War, when many of the secrets began to be revealed and the plane emerged from the shadows—not just as a tangible museum artifact but as an icon that burrowed deep into the national consciousness.

Like the Blackbird itself, Speed is a story animated by the power of ambition and risk-taking during the heady days of the American Century.

Bob Gilliland logged more experimental flight test time above Mach 2 and Mach 3 than any other pilot in history. He was inducted into the National Aviation Hall of Fame and the International Air and Space Hall of Fame, and he was presented with the Iven C. Kincheloe Award. A native of Memphis, Gilliland graduated from the U.S. Naval Academy, transferred to the newly independent U.S. Air Force, and flew twenty-five combat missions as an F-84 fighter pilot in the Korean War. He died at the age of ninety-three on July 4, 2019.

Keith Dunnavant is the author of eight books, including Spy Pilot, a story of Cold War intrigue and redemption (with Francis Gary Powers Jr.), and definitive biographies of Paul “Bear” Bryant, Joe Montana, and Bart Starr. The founder of Solovox Publishing, Dunnavant has also been an award-winning writer and newsroom executive for The National, Adweek, Atlanta, and BusinessWeek and a featured historian on ESPN, CBS, HBO, Showtime, Epix, and SEC Network.

Chesley “Sully” Sullenberger is a retired U.S. Air Force fighter pilot and airline captain who became world famous after the so-called Miracle on the Hudson. He is the coauthor of the New York Times best seller Highest Duty: My Search for What Really Matters.

“Bob Gilliland spent his entire career pushing life’s boundaries. In Speed we see him play a pivotal role as the SR-71 Blackbird dramatically extended the aviation frontier. You’ll love this thrill ride into the life of a legendary test pilot. This book brings you so close to the action that you can feel the excitement and smell the jet fuel.”—Gen. Steve Ritchie, the only U.S. Air Force fighter pilot ace of the Vietnam War
“This fascinating book puts you in the cockpit with Bob Gilliland.”—Jim Lovell, astronaut and commander of Apollo 13

“I wholeheartedly recommend this book! It gives great insight into the story of one of America's greatest test pilots and his crucial work in making the Blackbird program successful.”—Ed Yeilding, SR-71 pilot, Smithsonian flight speed record holder

“Bob had an exemplary military career and was a consummate test pilot. . . . He didn’t just pave the way for future test pilots; he trailblazed new roads courageously, safely, and without a scratch. Bob was truly a hero's hero.”—Dick Rutan, commander, Rutan Voyager

“Super read! There exists a Circle of Aviators, all truly great ones. Bob Gilliland remains the highest, the fastest, and most respected.”—Dan Pedersen, founder of the U.S. Navy’s Top Gun program 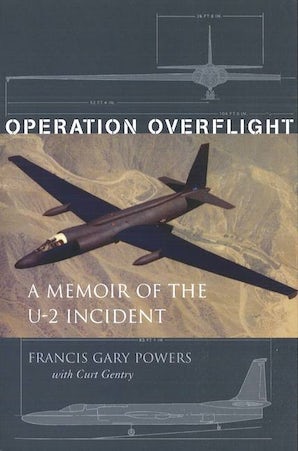 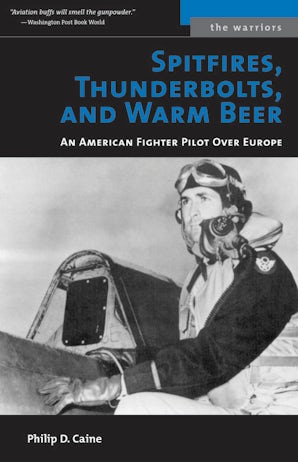 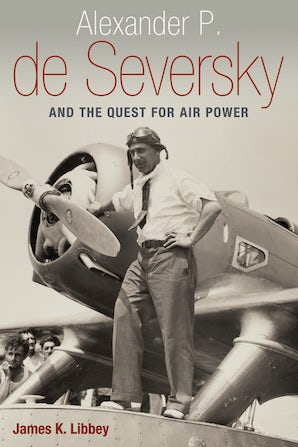 Alexander P. de Seversky and the Quest for Air Power