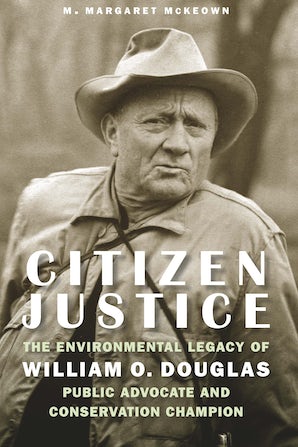 U.S. Supreme Court Justice William O. Douglas was a giant in the legal world, even if he is often remembered for his four wives, as a potential vice-presidential nominee, as a target of impeachment proceedings, and for his tenure as the longest-serving justice from 1939 to 1975. His most enduring legacy, however, is perhaps his advocacy for the environment.

Douglas was the spiritual heir to early twentieth-century conservation pioneers such as Teddy Roosevelt and John Muir. His personal spiritual mantra embraced nature as a place of solitude, sanctuary, and refuge. Caught in the giant expansion of America’s urban and transportation infrastructure after World War II, Douglas became a powerful leader in forging the ambitious goals of today’s environmental movement. And, in doing so, Douglas became a true citizen justice.

In a way unthinkable today, Douglas ran a one-man lobby shop from his chambers at the U.S. Supreme Court, bringing him admiration from allies in conservation groups but raising ethical issues with his colleagues. He became a national figure through his books, articles, and speeches warning against environmental dangers. Douglas organized protest hikes to leverage his position as a national icon, he lobbied politicians and policymakers privately about everything from logging to highway construction and pollution, and he protested at the Supreme Court through his voluminous and passionate dissents.

Douglas made a lasting contribution to both the physical environment and environmental law—with trees still standing, dams unbuilt, and beaches protected as a result of his work. His merged roles as citizen advocate and justice also put him squarely in the center of ethical dilemmas that he never fully resolved. Citizen Justice elucidates the why and how of these tensions and their contemporary lessons against the backdrop of Douglas’s unparalleled commitment to the environment.

M. Margaret McKeown has served almost twenty-five years as a judge on the U.S. Court of Appeals for the Ninth Circuit. She is a member of the American Academy of Arts and Sciences, an affiliated scholar at the Center for the American West at Stanford University, and jurist-in-residence at the University of San Diego School of Law. As a former White House Fellow, she served as special assistant at the White House and as special assistant to the Secretary of the Interior. A Wyoming native, she serves on the board of Teton Science Schools and was a member of the first American expedition to Mt. Shishapangma in Tibet.

“A magnificent portrayal not only of a heroic and brilliant yet nonetheless flawed justice but of the conservation movement of the second half of the twentieth-century in which Justice Douglas played a surprisingly central role. Judge McKeown’s highly engaging and richly detailed account underscores the enormously positive impact Douglas had on preserving the nation’s landscape.”—Richard J. Lazarus, professor of environmental and constitutional law at Harvard Law School
“We remember Justice William O. Douglas as the brilliant, irascible, much-married Supreme Court dissenter—but this fascinating and highly readable book makes the persuasive case that this unusual man was, above all, one of the great environmentalists of the twentieth century. Those of us who love the American landscape and its remaining wild places, as he did, are in his debt.”—Linda Greenhouse, author of Justice on the Brink: The Death of Ruth Bader Ginsburg, the Rise of Amy Coney Barrett, and Twelve Months That Transformed the Supreme Court
“William O. Douglas was chronically controversial, frequently cantankerous, sometimes conniving, and often cavalier about judicial ethics. But whether on the bench or on the trail, he toiled tirelessly and creatively to protect the wilderness he held so dear. This colorful and compelling book secures his rightful place in the pantheon of environmental champions.”—David M. Kennedy, author of the Pulitzer Prize–winning Freedom from Fear: The American People in Depression and War, 1929–1945
“Justice Douglas was a complicated figure, and his record is far from spotless. But with his hiking boots on, he brought things to American governance and jurisprudence that hadn’t been there before: a clear-eyed love for the world around us and a sense of the threats it faced. If he seems to us like a figure from another era, there were ways in which he was well ahead of his time.”—Bill McKibben, author of The End of Nature
“Citizen Justice is a fiercely intelligent look at how William O. Douglas, America’s longest-serving Supreme Court justice, became the gold-standard conservation activist from the 1930s to the 1970s by promoting wilderness values and public lands preservation from Arctic Alaska to the Allagash of Maine. . . . This is environmental history at its monumental best. Highly recommended!”—Douglas Brinkley, author of Wilderness Warrior: Theodore Roosevelt and the Crusade for America
“From one distinguished federal judge of the twenty-first century, a revealing and inspiring look at one of the great judicial and public figures of the twentieth century. Our lives and decisions are guided by examples of what is possible. Through its story of William O. Douglas’s achievements as an environmentalist, Citizen Justice will equip others to care for the planet and their communities.”—James Fallows, national correspondent for The Atlantic and coauthor of Our Towns: A 100,000-Mile Journey into the Heart of America
“Great women and men achieve immortality through the ideas that influence those who live after them, but William O. Douglas also achieved a more tangible and rarified immortality: protected wilderness—from the Brooks Range in Alaska, to the Red River Gorge in Kentucky, to the William O. Douglas Wilderness in Washington State. Citizen Justice captures Douglas’s odyssey in a fascinating and poignant way.”—Rick Ridgeway, mountaineer, environmentalist, and author of Life Lived Wild: Adventures at the Edge of the Map
“A fascinating and engaging book exploring the story of iconoclastic Supreme Court Justice William O. Douglas and the dual role he played on and off the court in the world of conservation and the environment.”—Rose Marcario, former CEO of Patagonia
“A profound exploration of the enormous and unique contributions to conservation made by Justice Douglas even while he served on the high court, insightfully recounted by another leading American jurist.”—David A. Churchill, past chair of the Wilderness Society

List of Illustrations
Preface
1. The Man and His Mountains
2. Political Washington—A Long Way from Yakima
3. Douglas and the Conservation Movement Come of Age
4. Taking on the Washington Post
5. Dissenting on the Road
6. Supreme Advocate—Dissenting in the Corridors of Power
7. America’s Teacher—Writing a New Script for Conservation Action
8. Dissenting on the Court
9. The Trees Are Still Standing—The Backstory of Sierra Club v. Morton
10. Coming Home—Wilderness Bill Dissenting in His Own Backyard
11. Lessons and Legacies
Acknowledgments
Appendix: Mardy Murie’s Cry Baby Cookies
Notes
Further Reading
Index 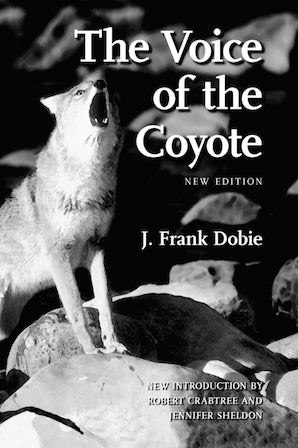 The Voice of the Coyote 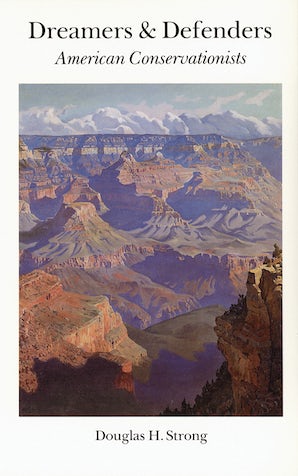 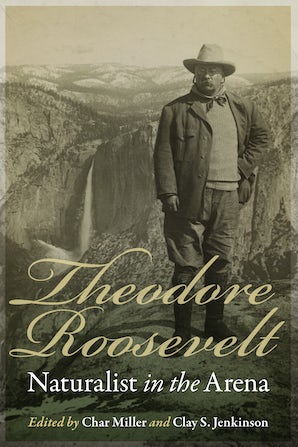 Theodore Roosevelt, Naturalist in the Arena 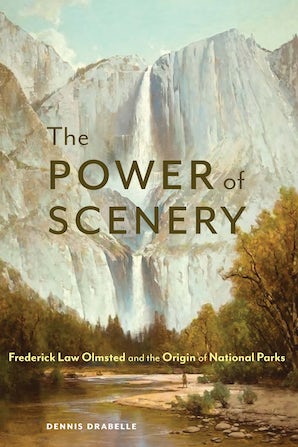 The Power of Scenery