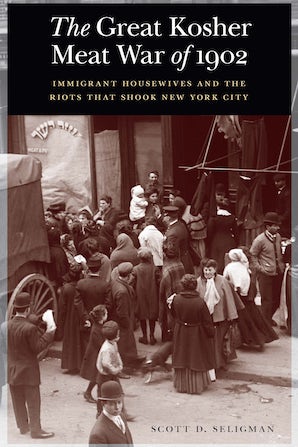 Immigrant Housewives and the Riots That Shook New York City

In the wee hours of May 15, 1902, three thousand Jewish women quietly took up positions on the streets of Manhattan’s Lower East Side. Convinced by the latest jump in the price of kosher meat that they were being gouged, they assembled in squads of five, intent on shutting down every kosher butcher shop in New York’s Jewish quarter.

What was conceived as a nonviolent effort did not remain so for long. Customers who crossed the picket lines were heckled and assaulted, their parcels of meat hurled into the gutters. Butchers who remained open were attacked, their windows smashed, stocks ruined, equipment destroyed. Brutal blows from police nightsticks sent women to local hospitals and to court. But soon Jewish housewives throughout the area took to the streets in solidarity, while the butchers either shut their doors or had them shut for them. The newspapers called it a modern Jewish Boston Tea Party.

The Great Kosher Meat War of 1902 tells the twin stories of mostly uneducated female immigrants who discovered their collective consumer power and of the Beef Trust, the midwestern cartel that conspired to keep meat prices high despite efforts by the U.S. government to curtail its nefarious practices. With few resources and little experience but a great deal of steely determination, this group of women organized themselves into a potent fighting force and, in their first foray into the political arena in their adopted country, successfully challenged powerful vested corporate interests and set a pattern for future generations to follow.

Scott D. Seligman is a writer and historian. He is the author of several books, including the award-winning The Third Degree: The Triple Murder That Shook Washington and Changed American Criminal Justice (Potomac Books, 2018) and The First Chinese American: The Remarkable Life of Wong Chin Foo. His articles have appeared in the Washington Post and the Seattle Times, among other publications.

"Relying on primary source materials, Seligman has created a highly readable and enjoyable account of this little-known episode in American history. Highly recommended, especially for those interested in American history and Jewish history, as well as gender and labor studies."—Library Journal, starred review
"The trau­mat­ic, sig­nif­i­cant events of The Great Kosher Meat War of 1902 form a tale well worth remembering."—Ira Wolf­man, Jewish Book Council
"Seligman draws a splendid picture of life in the New World for these emigres from Poland, Lithuania, and the Pale of Russia. They formed associations, elected leaders, and in response to the increase in prices, led what they called “strikes,” finding inspiration in the labor unions of the 19th century. Seligman uses as his primary resource the many Yiddish newspapers that were published daily. Each of those papers had their own take on the unrest that developed."—Roger I. Abrams, New York Journal of Books
"A well-written narrative history, this will appeal to historians and social scientists as well as general readers interested in a powerful but little-known community action program."—D. R. Jamieson, Choice
"The story featured in The Great Kosher Meat War of 1902 resonates in contemporary times when women—and men—take to the streets to protest injustice, much as Rose Baskin did in 1902. Seligman writes easy-to-read prose, making this book perfect for scholars and non-scholars to appreciate his research. Its introductory timeline and its list of those connected to the strike made it easy to keep track of the events and the people involved. Anyone interested in life on the Lower East Side during the turn of the last century, Jewish women’s history or Jewish immigrant life will enjoy learning about this intriguing episode of Jewish American history."—Rabbi Rachel Esserman, Reporter
"Seligman's well-researched book offers a valuable window into the emergence of direct-action protest among immigrant women on Manhattan's Lower East Side. In defending their families' interests, the women boycotters displayed a high degree of intelligence, boldness, and militancy that set a new standard for activism among working-class women."—Gerald W. McFarland, CLCJ Books
"Scott D. Seligman's new book The Great Kosher Meat War of 1902: Immigrant Housewives and the Riots That Shook New York City (Potomac Books, 2020) is a full account of the Great Kosher Meat War of 1902, a milestone in the history of Jewish-American women."—New York Almanack
"Seligman, whose writing has appeared in the Washington Post and the Wall Street Journal, has done a service in bringing this little-known part of American history to our attention, one which demonstrates that the convergence of activism, socialism, and unionization prevalent in the early 20th century remains a staple in protests to this day."—Mike Maggio, Washington Independent Review of Books
"This is a unique book certainly worth reading."—Burton Boxerman, St. Louis Jewish Light
"The Great Kosher Meat War of 1902 is a welcome contribution to Jewish historical literature that both general and academic readers would enjoy, and that would prove an excellent addition to an undergraduate syllabus on gender studies, women’s history, labor history, or the history of New York."—Hannah Zaves-Greene, American Jewish Archives Journal

A Note on Language

3. The Conscience of an Orthodox Jew Is Absolute

4. Each One Is an Authority unto Himself

6. As Scarce around Essex Street as Ham Sandwiches

7. Let the Women Make a Strike, Then There Will Be a Strike!

8. If We Cry at Home, Nobody Will See Us

9. They Never Saw Such Assemblages in Russia or Poland

11. And He Shall Rule over Thee

12. No Industry in the Country Is More Free from Single Control

13. Essentially It Is a Fight among Ourselves

15. Patience Will Win the Battle

16. Disregard All Verbal or Written Agreements

17. This Cooperative Shop Is Here to Stay

18. There Was Never Such an Outrage on Our Race

20. It Is Not Our Fault That Meat Is So High

21. A Great Victory for the American People 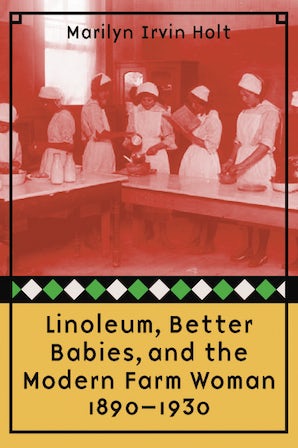