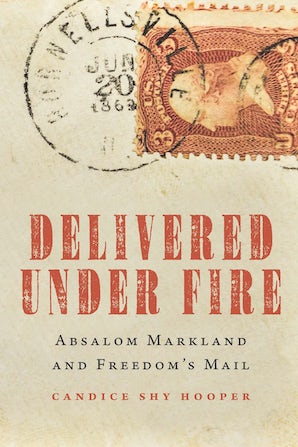 During the Civil War his movements from battlefield to battlefield were followed in the North and in the South nearly as closely as those of generals, though he was not in the military. After the war, his swift response to Ku Klux Klan violence sparked passage of a landmark civil rights law, though he was not a politician. When he died in 1888 newspapers reported his death from coast to coast, yet he’s unknown today. He was the man who delivered the most valuable ingredient in U.S. soldiers’ fighting spirit during those terrible war years—letters between the front lines and the home front. He was Absalom Markland, special agent of the United States Post Office, and this is his first biography.

At the beginning of the Civil War, at the request of his childhood friend Ulysses S. Grant, Markland created the most efficient military mail system ever devised, and Grant gave him the honorary title of colonel. He met regularly with President Abraham Lincoln during the war and carried important messages between Lincoln and Generals Grant and William Tecumseh Sherman at crucial points in our nation’s peril. When the Ku Klux Klan waged its reign of terror and intimidation after the Civil War, Markland’s decisive action secured the executive powers President Grant needed to combat the Klan. Nearly every biography of Lincoln, Sherman, and Grant includes at least one footnote about Markland, but his important, sometimes daily interaction with them during and after the war has escaped modern notice, until now. Absalom Markland is a forgotten American hero. Delivered Under Fire tells his amazing story.

Candice Shy Hooper served on the editorial advisory board of the Journal of Military History and on the board of directors of President Lincoln’s Cottage at the National Soldiers’ Home. She is a member of the Ulysses S. and Julia D. Grant Historical Home Advisory Board and a former president of the Johann Fust Library Foundation. She is the author of Lincoln’s Generals’ Wives: Four Women Who Influenced the Civil War—for Better and for Worse.

“Readers and writers who rely on Civil War–era letters to animate history have seldom given a thought to how such mail got delivered so reliably and promptly. Now Candice Shy Hooper has dispatched a true surprise package: the unusual and compelling life of General Grant’s military postal agent Absalom Markland, a truly unsung hero of the Union cause. . . . Here is a special delivery treat for anyone who thinks there is nothing new to learn about the Civil War.”—Harold Holzer, author of Dear Mr. Lincoln: Letters to the President
“Candice Shy Hooper weaves a riveting narrative of an important but little-known Civil War figure in Delivered Under Fire. This book informs and excites the reader. Hooper brings Absalom Markland to life with her characteristic substance and style.”—Linda Fairstein, New York Times best-selling author of The Bone Vault
“Despite Napoleon’s famous aphorism that an army travels on its stomach, historian Candice Shy Hooper demonstrates in this book that an army’s morale also depends on regular delivery of the mail. Hooper’s account of how Absalom Markland managed the U.S. Army’s mail service during the Civil War, and his role as Grant’s confidant during Reconstruction, is a valuable contribution to Civil War literature.”—Craig L. Symonds, author of Lincoln and His Admirals
“A fascinating exploration of an aspect of the Civil War that has hitherto received little attention yet was of utmost importance to the common soldier. Candice Shy Hooper’s splendid research opens the door on this new vista while her sparkling narrative makes the story come alive.”—Steven E. Woodworth, author of Nothing but Victory: The Army of the Tennessee, 1861–1865
“Candice Shy Hooper has unearthed a fascinating, previously unknown facet of [the Civil War]. In compelling fashion she shows how Markland’s astonishing ability to ensure the prompt delivery of letters from home to soldiers on the front lines provided a tremendous boost to their morale and fighting spirit, thus making this ‘messenger of joy,’ as General William Tecumseh Sherman called him, as crucially important to the Union cause as some of its more celebrated military leaders.”—Lynne Olson, author of Empress of the Nile: The Daredevil Archaeologist Who Saved Egypt’s Ancient Temples from Destruction
“A truly engaging account of the Civil War through the lens of an important but now forgotten figure. Absalom Markland was a noted antebellum journalist who literally delivered the mail to General Grant’s soldiers and then helped integrate the U.S. postal service after the war. This book brings to life so many aspects of the wartime experience that it should become a must-read for any devoted student of the Civil War.”—Matthew Pinsker, Pohanka Chair for Civil War History, Dickinson College
“Although little known today, Absalom Markland made sure that the average Civil War soldier and leading generals received the latest mail from the home front and the battlefield. This important work kept Union morale high and . . . cannot be overemphasized. Candice Shy Hooper’s new book only adds to her earlier study of the wives of Civil War generals and provides another important insight into the Civil War.”—John F. Marszalek, executive director of the Ulysses S. Grant Presidential Library
“Delivered Under Fire is the story of one man’s efforts to keep soldiers and their families connected during the most divisive years in the nation’s history. . . . Candice Shy Hooper has made us feel the importance of mail service as an expression of humanity juxtaposed with the cold-bloodedness of war.”—Edna Greene Medford, historian and author of Lincoln and Emancipation 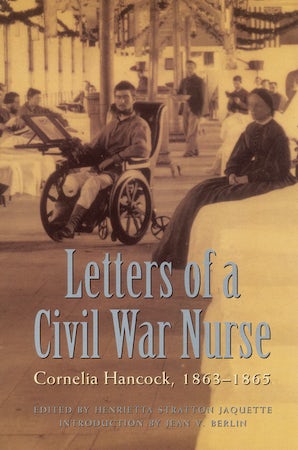 Letters of a Civil War Nurse 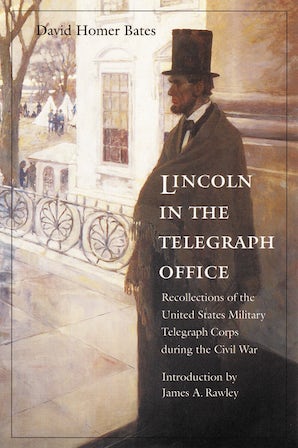 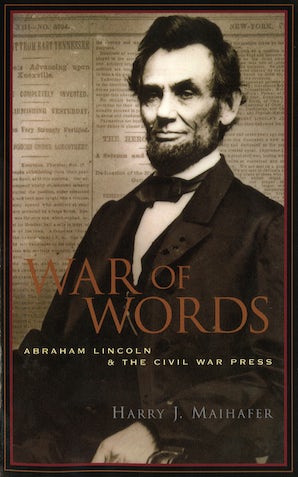