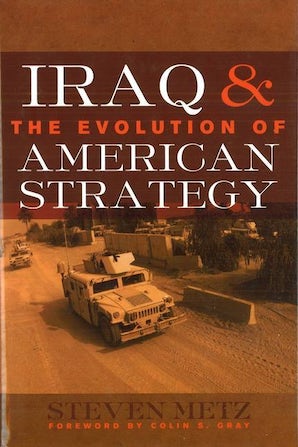 Iraq and the Evolution of American Strategy

Today the U.S. military is more nimble, mobile, and focused on rapid responses against smaller powers than ever before. One could argue that the Gulf War and the postwar standoff with Saddam Hussein hastened needed military transformation and strategic reassessments in the post–Cold War era. But the preoccupation with Iraq also mired the United States in the Middle East and led to a bloody occupation. What will American strategy look like after U.S. troops leave Iraq? Iraq and the Evolution of American Strategy examines the ways in which the Gulf War, the WMD standoff, the Iraq War, and the ongoing occupation have driven broader changes in U.S. national security policy and military strategy. Steven Metz answers three overarching questions: 1. How did the conflict with Iraq drive and shape broader changes in national security and military strategy? 2. Did policymakers and military leaders interpret the conflict correctly and make the most effective responses? 3. What does this process tell us about the process of change in America’s national security and military strategy and in the evolution of its strategic culture? Metz concludes that the United States has a long-standing, continuing problem “developing sound assumptions when the opponent operates within a different psychological and cultural framework.” He sees a pattern of misjudgments about Saddam and Iraq based on Western cultural and historical bias and a pervasive faith in the superiority of America’s worldview and institutions. This myopia contributed to America being caught off guard by Saddam’s invasion of Kuwait in 1990, then underestimating his longevity, and finally miscalculating the likelihood of a stable and democratic Iraq after he was toppled. With lessons for all readers concerned about America’s role in the world, Dr. Metz’s important new work will especially appeal to scholars and students of strategy and international security studies, as well as to military professionals and DOD civilians. With a foreword by Colin S. Gray.

“Superb . . . Dr. Metz’s Iraq and the Evolution of American Strategy is a book for which we have been waiting. This is a landmark text.”—From the Foreword by Colin S. Gray
“A tour-de-force assessment of America's long conflict with, and misunderstanding of, Iraq. Steven Metz displays a dazzling grasp of the nature of strategy and America's way of war, the challenges of insurgency and counterinsurgency, and the strengths and weaknesses of the George W. Bush White House--and how they all combined to produce failure in Iraq. Metz's book dissects the root causes of that failure more comprehensively and convincingly than any other work.”—Jeffrey Record, professor of strategy, Air War College, and author of Beating Goliath: Why Insurgencies Win
“If you are looking for another superficial screed about Iraq told by a partisan hack and designed to reinforce your pre-existing biases, then stay as far away from this book as possible. Steve Metz has produced a thoughtful, well-reasoned work of true scholarship. He explains how the development of American strategy shaped our experiences with Iraq, and how our experiences in Iraq shaped the American military. You may not agree with everything in this book, but you cannot help being enlightened and challenged by it.”—Kenneth M. Pollack, former director for Persian Gulf Affairs, National Security Council, and author of A Path Out of the Desert: A Grand Strategy for America in the Middle East
“Two institutions failed the American people in the run-up to the ongoing war in Iraq. Neither the Congress nor the media provided oversight of the Executive Branch, which is constitutionally required of the first institution and expected of the latter. As a consequence a fundamentally flawed strategy was implemented by an equally flawed military plan. The results have been tragic and costly. Dr. Steven Metz does our nation a great service by exploring the causes of this U.S. strategic debacle, one that may well exceed that of the Vietnam War. Recognizing a problem and its cause are the first steps in setting things right. In this book Dr. Metz identifies the problem, explains what caused it, and most importantly, shows us a better path for the future.”—Lt. Gen. Paul K. Van Riper, USMC (Ret.)
“Metz is as smart a thinker as they come. In Iraq and the Evolution of American Strategy, he closely analyzes how the past two decades of America’s conflict with (and then within) Iraq reveals a crucial shortcoming for a global power to have: doing poorly at both strategy development and implementation. Metz’s book is simultaneously a history and a valuable guidebook for developing better strategic paradigms in the future.”—P. W. Singer, director for the 21st Century Defense Initiative, The Brookings Institution
“This is a smart overview from one of our best strategic thinkers. Read it.”—Thomas E. Ricks, author of FIASCO: The American Military 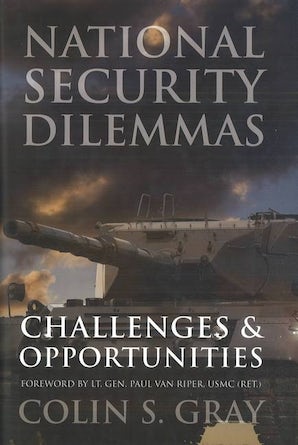 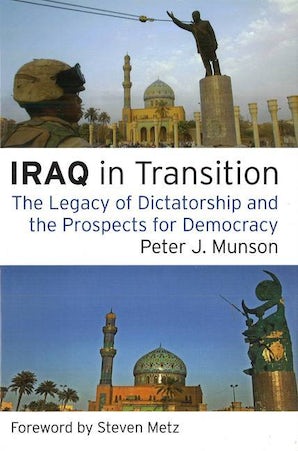 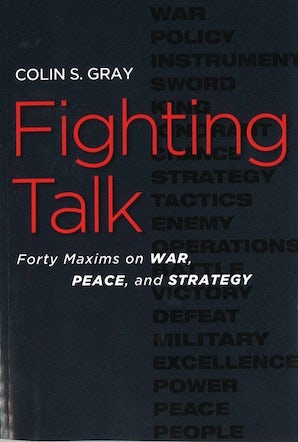