A Case of Murder by Medicine

Shortly after Pearl Harbor, the Japanese Imperial Army invaded the Dutch East Indies, now known as Indonesia. A deceitful campaign promoting Asian brotherhood recruited and coerced young Indonesian men to support the Japanese occupation with the sinister outcome that several million of them were worked to death or summarily killed as expendable slave laborers, or romusha, as they were called.

While many romusha disappeared from the record, nine hundred were known victims of a brutal and immoral medical experiment perpetuated by an increasingly desperate Imperial Japan. In anticipation of a land assault, the Japanese needed a means to protect their troops from tetanus, and they used these nine hundred men as human guinea pigs to test an insufficiently vetted vaccine. Within days, all nine hundred suffered the protracted, agonizing death of acute tetanus.

With the Allied forces poised for victory, the Japanese needed a scapegoat for this well-documented incident if they were to avoid war-crimes prosecution. They brutally tortured Achmad Mochtar, a native Indonesian and renowned scientist, along with his colleagues at the Eijkman Institute in Batavia (now Jakarta), until Mochtar signed a confession to the murders in exchange for the liberty of his fellow scientists. The Japanese beheaded Mochtar weeks before the war ended. War Crimes in Japan-Occupied Indonesia unravels the deceit of the Japanese Army, the reasons for the mass murder of the romusha, and Mochtar’s heroic role in these tragic events. The end result finds justice for Mochtar and reveals the true extent of one of the least recognized war crimes of World War II.

“Although every national history contains scandals of suppression, perhaps none is more striking than recent Japanese treatment of its Greater East Asia Co-Prosperity Sphere. Nor was any event in that sphere more cynical and sordid, with ramifications for millions of other deaths, than the execution of Dr. Achmad Mochtar of Indonesia. Here J. Kevin Baird and Sangkot Marzuki document how the Japanese military made an obscenity of science in their torture and murder of the distinguished and honorable Mochtar.”—Theodore Friend, former president of Swarthmore College and author of Indonesian Destinies and The Blue-Eyed Enemy
“This book is a celebration of the power of justice and offers an invaluable contribution to the understanding of this dark chapter in history.”—Yuki Tanaka, professor of history at Hiroshima University and coauthor of Beyond Victor’s Justice? The Tokyo War Crimes Trial Revisited
“This harrowing story, told with forensic attention to detail and unquestionable passion, illuminates an otherwise murky corner of Indonesia’s history. An important addition to the thin literature about the years of the Japanese occupation.”—Elizabeth Pisani, author of Indonesia Etc. and The Wisdom of Whores 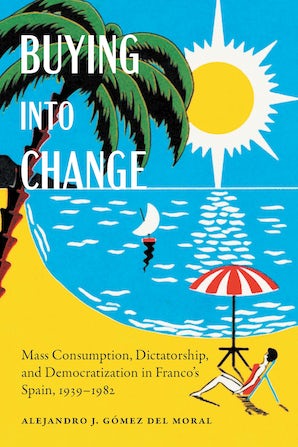