The USS Oriskany and Air Wing 16 during the Vietnam War

Strategy and reality collide in Peter Fey’s gripping history of aircraft carrier USS Oriskany’s three deployments to Vietnam with Carrier Air Wing 16 (CVW-16). Its tours coincided with the most dangerous phases of Operation Rolling Thunder, the ill-fated bombing campaign against North Vietnam, and accounted for a quarter of all the naval aircraft lost during Rolling Thunder—the highest loss rate of any carrier air wing during Vietnam.

The Johnson administration’s policy of gradually applied force meant that Oriskany arrived on station just as previous restrictions were lifted and bombing raids increased. As a result CVW-16 pilots paid a heavy price as they ventured into areas previously designated “off limits” by Washington DC. Named after one of the bloodiest battles of the Revolutionary War, the Oriskany lived up to its name. After two years of suffering heavy losses, the ship caught fire—a devastating blow given the limited number of carriers deployed. With only three months allotted for repairs, Oriskany deployed a third and final time and ultimately lost more than half of its aircraft and more than a third of its pilots. The valor and battle accomplishments displayed by Oriskany’s aviators are legendary, but the story of their service has been lost in the disastrous fray of the war itself. Fey portrays the Oriskany and its heroes in an indelible memorial to the fallen of CVW-16 in hopes that the lessons learned from such strategic disasters are not forgotten in today’s sphere of war-bent politics.

Peter Fey received his officer’s commission in the U.S. Navy in 1995. He served as a senior instructor at the Naval Strike and Air Warfare Center at Naval Air Station Fallon, Nevada.

"This well-researched and detailed account of Oriskany’s 1965, 1966 and 1967 deployments begins with an equally well-thought-out introductory chapter with sections dealing with specific subjects such as what it took to fight a war in Southeast Asia that the U.S. was unprepared for, various weapons and training, including particular aircraft types. . . . Highly recommended for veterans of those deployments as well as Americans of all ages and experiences who may still want to know more about this part of the Vietnam War."—Cmdr. Peter Mersky, USNR (Ret.), Naval Aviation News
“Military aviators and, indeed, members of all services can learn valuable lessons in leadership, sacrifice, and camaraderie from Bloody Sixteen’s story. Aviation enthusiasts, history buffs, and anyone seeking a better understanding of Vietnam and its impact on service members and their families will find much to consider. A fascinating, uplifting, and, at times, heartbreaking story.”—Golda Eldridge, Air Power History
“[Fey’s] writing style is engaging and easy to understand. Furthermore, Bloody Sixteen is an excellent study of how leadership quality was the decisive factor during the worst of times”—Robert J. Rielly, Military Review: The Professional Journal of the U.S. Army
“This is a superb and exciting book that blends the political and cultural happenings of the time with the real-time war in the air. It rekindles memories of flying off the ship, of the flight deck crews, friendships and missions carried out with valor and professionalism. It makes one very proud to be a member of the navy and to be a naval aviator. I cannot recommend this book highly enough.”—CDR Doug Siegfried, USN (Ret) Tailhook Association Historian, The Hook
“The Vietnam War was the apex of naval aviation, and Peter Fey tells you why in this magnificent, superbly researched history of Air Wing 16 aboard USS Oriskany. Betrayed by politicians and senior military leadership in a no-win war, the men in the cockpits had only courage, valor, professionalism, superb leadership—and each other. This book brought back the whole bloody tragedy. I could again hear the engines whine, smell the jet exhaust, see the faces in the ready rooms, feel the deck jump as the catapults fired, and see the flak and surface-to-air missiles.”—Stephen Coonts, New York Times bestselling author of Flight of the Intruder
“Peter Fey’s narrative of USS Oriskany and Carrier Air Wing 16 personalizes the Vietnam era with insight into the costs and effects. The political and cultural aspects are well handled, including the efforts of POW-MIA families to buck the Johnson administration’s reluctance to address those concerns. Fey’s description of the atmosphere at the Naval Air Station Lemoore, California, is particularly relevant. Few authors—other than someone who has swum in that pool—would understand it so well.”—Barrett Tillman, author of On Wave and Wing: The 100 Year Quest to Perfect the Aircraft Carrier
"Bloody Sixteen offers a gripping introduction to the naval air war in Vietnam."—Michael Hankins, Michigan War Studies Review
"[Bloody Sixteen] is a great read in providing a window to view the Navy's aviation community coming together to carry out an impossible mission under politically imposed rules of engagement. Bloody Sixteen is a great mix of social, political, and naval history."—Charles H. Bogart, Journal of America’s Military Past
“A splendid and dramatic picture of the period that the USS Oriskany was in action along the coast of Northern Vietnam thanks to [Peter Fey’s] in-depth research and as a fascinating story teller. . . . The book has fascinated me from the beginning until the end and will be doing so for a long time.”—Aviation Book Reviews 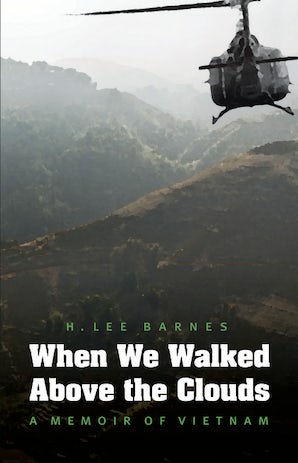