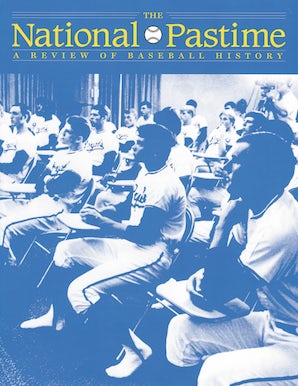 The Society for American Baseball Research

The National Pastime offers baseball history available nowhere else. Each fall this publication from the Society for American Baseball Research (SABR) explores baseball history with fresh and often surprising views of past players, teams, and events. Drawn from the research efforts of more than 6,700 SABR members, The National Pastime establishes an accurate, lively, and entertaining historical record of baseball.
A Note from the Editor, Jim Charlton:
This 24th issue of The National Pastime offers a wide-ranging selection of articles befitting the broad range of interests of the readers. There is something for everyone.
Richard Puerzer's cover essay on the baseball academy created by the Royals in the early '70s leads off the issue. Jim Vitti on the Cubs and Steve Steinberg on the George Bain collection are two fine pictorial celebrations. There are a pair of Dodger memories: Lyle Spatz's account of the 1950 pennant race in which the Dodgers almost pulled off a stunning comeback, and Bob Mayer's interview with Danny McDevitt, who pitched the last game at Ebbets Field.
Randy Brown sheds new light on the role of William Wheaton in the early development of baseball. John Thorn remarks, "This is an outstanding and important story. The 'find'—the stories in the San Francisco Examiner of 1887 and 1888—is sensational, and the conclusions drawn from the evidence are well informed and reasonable." Dixie Tourangeau writes about 1894 in Boston, and Bob Tholkes recalls the National League's 60th anniversary celebration in 1936. I particularly liked David Skinner's account of the outstanding Cuban pitcher José Mendez and his dominance of the Cincinnati Reds.
Two essays focus on Ivy League baseball. Jay Thomas covers all the bases and lists more than 200 players from eight schools who appeared in the big leagues. Charlie Bevis first wrote about Wally Snell for Mark Armour's laudable BioProject. Snell briefly played for the Red Sox, then coached and taught at Brown University, his alma mater. He is the only major leaguer to have a mushroom named after him: all in all, a fun guy.
There are several essays on tragedies and the frailties of the human condition that I think will stay will every reader. In what is a rarity, Tom Simon profiles a SABR member, the remarkable Guy Waterman, whose biography was published by Riverhead Books last year. In another moving essay, Larry Gerlach writes on umpire Carl Drummond and his death on the diamond. There is Bill Nowlin's grievous account of a high school pitcher in Iowa in the 1940s who, within one school year, killed two opposing players with thrown balls. Finally, Doug Pappas has written on an American League of just seven teams—in 1947. Tragically, Doug died of heat prostration in Big Bend National Park just as this issue of TNP was going to press. 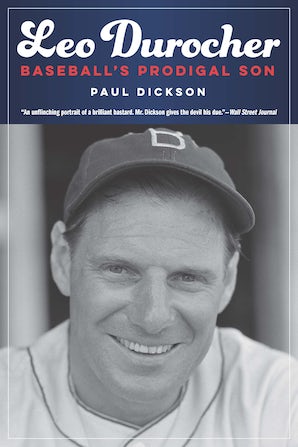