Volume 49, issue 2, of SABR's Baseball Research Journal, runs the gamut of research, from the nineteenth century to events that took place in 2020. The article that anchors this issue of the journal, appearing last, is Richard Hershberger’s account of the “First Baseball War,” in which the nineteenth-century clash between leagues contributed to the creation of the reserve system that suppressed free agency until the late twentieth, while Mary Hums and her team document MLB’s decision to change the name of the “disabled list” to “injured list,” including the advocacy and rationale behind the change, and an analysis of fan reactions to it.

As always, we have some articles that delve into stats to enhance our understanding of the game. Among them, Theo Tobel gives us a breakdown of brushback pitches: do they really intimidate batters and provide an advantage to the pitcher? Randy Robbins noticed a statistical quirk in the record of Warren Spahn and it prompted an examination of one of the game’s pitching greats. Will Melville and Brinley Zabriskie undertake the task of trying to determine how much benefit, if any, the 2017 Astros derived from their cheating efforts, while Irwin Nahinsky analyzes the effects of luck and skill on team success.

Ron Backer looks at Lou Gehrig in a new light—klieg lights, in fact—in his article on Gehrig’s Hollywood career, which like his life and playing career was cut short by ALS. Charlie Pavitt delves into the fact that a player’s ethnicity can be a predictor for what position he plays in MLB. Howard M. Wasserman examines Jewish players through the lens of their performances on Yom Kippur, while Alan Cohen examines one of the great hitters of all time, Josh Gibson. Because of racial segregation, Gibson never had the opportunity to play in the major leagues, but because many Negro League teams did play games in major league ballparks, we can look at those performances to prove how prodigious he truly was. An image of Josh Gibson graces the cover of this issue, in a piece of original art by Gary Cieradkowski, the creator of the Infinite Baseball Card Set. 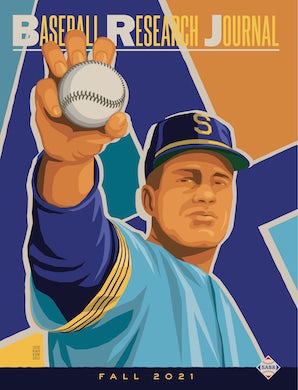 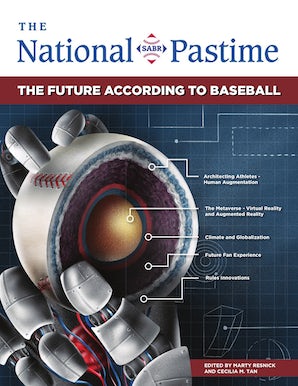