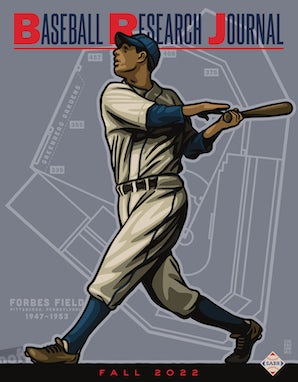 In this issue our cover story looks at the history of "Greenberg Gardens." After playing his whole career in Detroit, in 1947 Hank Greenberg was sold to the Pittsburgh Pirates. The Pirates installed an inner fence in a portion of Forbes Field, reducing the distance down the left field line of the ballpark by 30 feet, with intention of helping Greenberg to hit more home runs. The area between the new fence and the outer wall became known as Greenberg Gardens, and local newspapers kept a tally of how many Garden homers were hit. Greenberg retired after the 1947 season, but the Gardens remained through 1953.

ALSO IN THIS ISSUE:

"Pitching Against Alzheimer's: A Study of Baseball Reminiscence Programs" by Lou Hernandez, Monte Cely, and Barry Mednick
Reminiscence programs focused on music, singing, cinema, art and crafts have become popular offerings to people living with dementia. The first baseball reminiscence program in the US was the Cardinals Reminiscence League, begun in 2011 as a joint effort by the Alzheimer’s Association, St. Louis University, the Veteran’s Administration, and the St. Louis Cardinals Hall of Fame and Museum. Since then, baseball reminiscence programs have been founded in Texas, New York, Connecticut, and elsewhere. This paper summarizes the results of the Baseball Memories Research Study launched under the umbrella of SABR’s Baseball Memories Chartered Community, studying the effects of these programs on the quality of life for participants and their caregivers.

"The Doomed Pilots of 1969: The Results of Advice Ignored" by Andy McCue
In the early 1960s, Seattle’s city fathers were confident their city was an attractive and growing market. In 1961, the city commissioned a Stanford Research Institute study to assess what was needed to gain major league sports, especially baseball. The think tank’s study came back cautiously positive. Attracting major league baseball was possible, the report said, if the city could meet three conditions. It would need to provide a major league quality stadium and the team would need to find support from both the political/financial leadership and the fan base. Ultimately, they would founder on all three, sinking the Seattle Pilots franchise barely after it had left the dock.

"Were Pitchers More Likely to Throw at Black Batters? 1947-66" by Jerry Nechal
A generally accepted narrative of the early days of baseball integration is that White pitchers deliberately threw at Black batters. Besides the need for statistical confirmation of the anecdotes, there are other important questions to ask: If widespread targeting did happen, how long did it last? Was the practice curtailed as more Black players entered the leagues? The ranking of batters by the number of times hit per season 1947-56 reveals evidence to support the narrative. This study will explore the answers to these questions by examining data covering a longer time period, 1947 through 1966.As well as articles about why fewer triples are hit today than in the past, the forgotten "six-man" variant of baseball, using data visualization on the 2020 season, the tribulations faced by the Phillies when trying to enter the National League, and the remarkable 1919 season of the Klein Chocolate Company baseball team, among others. 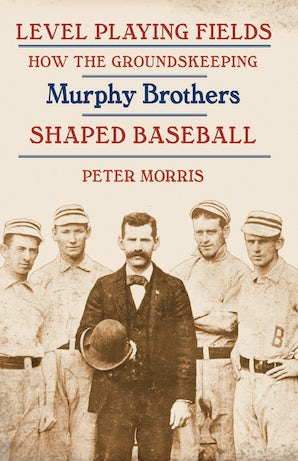