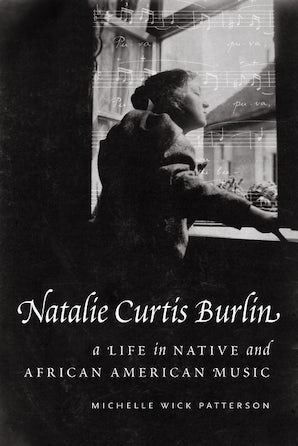 A Life in Native and African American Music

Natalie Curtis Burlin (1876–1921) was born to a wealthy New York City family and initially trained for a career as a classical concert pianist. But in 1903, she left her family and training behind to study, collect, and popularize the music of American Indians in the Southwest and African Americans at the Hampton Institute in the belief that the music of these groups could help forge a distinctive American identity in a time of dramatic social change.
Michelle Wick Patterson examines the life, work, and legacy of Curtis at the turn of the century. The influence of increased industrialization, urbanization, immigration, and shaken social mores motivated Curtis to emphasize Native and African American contributions to the antimodernist discourse of this period. Additionally, Curtis’s work in the field and her actions with informants reflect the impact of the changing status of women in public life, marriage, and the professions as well as new ideas regarding race and culture.
Many of the people who touched Curtis’s life were among the intellectual, political, and artistic leaders of their time, including Theodore Roosevelt, Charles Lummis, Franz Boas, George Foster Peabody, and others. This well-researched and richly textured portrait of Curtis illuminates the life and contributions of an important early ethnomusicologist, meticulously portraying her within the social, intellectual, and political developments of the day.

"[Natalie Curtis Burlin] sheds light on early ethnomusicologists' relationships to the social, political, and cultural life around them. . . . Drawing attention to an important, generally neglected figure in American intellectual life, this fine piece of scholarship is written in accessible language."—B. Nettl, Choice
"This is an impressive effort and an important contribution to the literature on Natalie Curtis Burlin."—Clyde Ellis, Journal of American History
"Curious general readers and scholars in many fields, including American history, folklore, music, ethnic, and gender studies, will find Michelle Wick Patterson's biography of the complex and pioneering Natalie Curtis well worth reading."—Janet Sturman, Journal of Arizona History
"Natalie Curtis Burlin is a sound historical biography about an Indianist composer, ethnologist, and reformer-idealist determined to shape American understands of "the West" based on her own imaginings of the region."—T. Chris Aplin, New Mexico Historical Review

List of Illustrations
Acknowledgments
Introduction: Why Remember Natalie Curtis?
1. An "Atmosphere of Culture and High Purpose": Family Influences in a Changing America
2. "They Don't Know What Bliss Is!": Curtis's Musical Adolescence
3. "I Am Full of Plans": Curtis Discovers Native Americans and Their Music
4. "The Pencil in the Hand of the Indian": Curtis and The Indians' Book
5. "The White Friend": Curtis and Indian Reform
6. Folk Songs of a "Very Musical Race": Curtis and African American Music
7. "The Spirit of the Real America": Curtis's Search for an American Identity
Conclusion: Remembering Natalie Curtis
Notes
Bibliography
Index 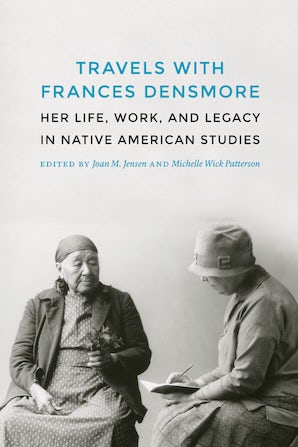