The inspiration for the documentary Mission Control: The Unsung Heroes of Apollo

At first glance, it looks like just another auditorium in just another government building. But among the talented men (and later women) who worked in mission control, the room located on the third floor of Building 30—at what is now Johnson Space Center—would become known by many as “the Cathedral.” These members of the space program were the brightest of their generations, making split-second decisions that determined the success or failure of a mission. The flight controllers, each supported by a staff of specialists, were the most visible part of the operation, running the missions, talking to the heavens, troubleshooting issues on board, and, ultimately, attempting to bring everyone safely back home.

None of NASA’s storied accomplishments would have been possible without these people. Interviews with dozens of individuals who worked in the historic third-floor mission control room bring the compelling stories to life. Go, Flight! is a real-world reminder of where we have been and where we could go again given the right political and social climate.

Rick Houston is a journalist with twenty years of experience and a special interest in spaceflight history. He is the author of Wheels Stop: The Tragedies and Triumphs of the Space Shuttle Program, 1986–2011 (Nebraska, 2013) and NASCAR’s Greatest Race: The 1992 Hooters 500. He was also the associate producer and consultant for the documentary film Mission Control: The Unsung Heroes of Apollo. Milt Heflin worked for NASA for nearly half a century, including on the prime recovery ships during splashdown and post-landing activities for Apollo 8, Apollo 10, Apollo 16, Apollo 17, each of the three Skylab flights, and the Apollo-SoyuzTest Project. He later became a flight director who led the mission control team during the flight of STS-61, widely considered one of the most important missions of the entire thirty-year Space Shuttle program. At the time of his retirement, he served as associate director (technical) at Johnson Space Center. John Aaron is a legendary former flight controller widely credited with saving the Apollo 12 flight and playing an instrumental role in the safe return of the Apollo 13 crew.

"A great read both for fans for spaceflight and for scholars interested in a social history of Mission Control."—Margaret Weitekamp, Quest
“Those of us who worked in the MOCR [Mission Operations Control Room] were privileged to be in the right place at the right time in American history. We didn’t know that sending men to the moon was impossible, so we somehow managed to do just that. We lived in a time when our vision was not limited by how far our eyes could see, but only by what our minds could dream. Authors Rick Houston and Milt Heflin are helping keep that dream alive in Go, Flight!”—Jerry Bostick, chief of the Apollo-era Flight Dynamics Branch
“Milt Heflin did it all, from helping recover Apollo crews returning from the moon to overseeing the first make-or-break repair of the Hubble Space Telescope. Heflin’s insight and experience shine in his and coauthor Rick Houston’s Go, Flight!, a firsthand glimpse into the fascinating world of mission control.”—William Harwood, CBS News space reporter
“I experienced almost every emotion possible while working in mission control. Authors Rick Houston and Milt Heflin have taken me right back into the heat of battle with their outstanding book.”—Steve Bales, guidance officer during the Apollo 11 lunar descent
“This book represents the most detailed account to date of how a group of ordinary men from rural America and smokestack towns became an extraordinary team that built the future. As well as tales of technical achievement, you will find the human stories about the band of brothers that formed Mission Control, and who became the best they could be.”—Keith Haviland, co-executive producer of Last Man on the Moon, a documentary film about Apollo 17 commander Gene Cernan

List of IllustrationsForeword
Introduction
1. Who Did What
2. Tampa, Tranquility Base Here …
3. Growing Up
4. We’re Going to Make It Right
5. Merry Christmas from the Moon
6. Dress Rehearsals
7. A Bunch of Guys about to Turn Blue
8. "Great Job, Young Man"
9. "We’ve Got More Than a Problem"
10. Living on the Moon
11. The End of an Era
12. Legacy
Sources 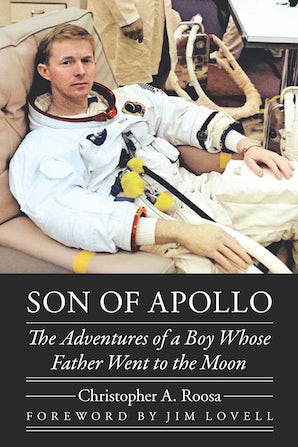 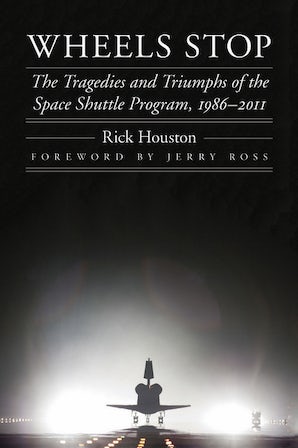