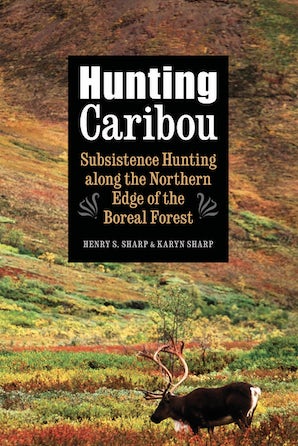 Subsistence Hunting along the Northern Edge of the Boreal Forest

Denésuliné hunters range from deep in the Boreal Forest far into the tundra of northern Canada. Henry S. Sharp, a social anthropologist and ethnographer, spent several decades participating in fieldwork and observing hunts by this extended kin group. His daughter, Karyn Sharp, who is an archaeologist specializing in First Nations Studies and is Denésuliné, also observed countless hunts. Over the years the father and daughter realized that not only their personal backgrounds but also their disciplinary specializations significantly affected how each perceived and understood their experiences with the Denésuliné.

In Hunting Caribou, Henry and Karyn Sharp attempt to understand and interpret their decades-long observations of Denésuliné hunts through the multiple disciplinary lenses of anthropology, archaeology, and ethnology. Although questions and methodologies differ between disciplines, the Sharps’ ethnography, by connecting these components, provides unique insights into the ecology and motivations of hunting societies.

Themes of gender, women’s labor, insects, wolf and caribou behavior, scale, mobility and transportation, and land use are linked through the authors’ personal voice and experiences. This participant ethnography makes an important contribution to multiple fields in academe while simultaneously revealing broad implications for research, public policy, and First Nations politics.

Henry S. Sharp has been a professor at the University of Victoria and Simon Fraser University in Canada and a former scholar-in-residence at the University of Virginia and is now semi-retired. He is the author of Loon: Memory, Meaning, and Reality in a Northern Dene Community (Nebraska, 2001), winner of the Victor Turner Prize from the Society for Humanistic Anthropology, and The Transformation of Bigfoot: Maleness, Power, and Belief among the Chipewyan.

Karyn Sharp is an adjunct professor in the Department of Anthropology at the University of Northern British Columbia and is a partner in Dancing Raven, a consulting company based in Prince George, British Columbia. Her articles have appeared in The Answer Is Still No: Voices of Resistance 2014, WIREs: Climate Change 2012, and The Midden.

"Henry and Karyn Sharp have given us a gift of how abstract and narrative culture translates into everyday practical activity and how that activity feels to the people themselves and to the ethnographers who make the commitment to share it with them."—John David Eller. Anthropology Review Database
“Few books discussing subsistence hunting in history, archaeology, or anthropology are grounded in such rich and deep personal experience and understanding of the subject matter from a practical, participatory, long-term, and hands-on approach. This is mandatory reading for anyone discussing hunting and game management in a historical or anthropological context.”—Roland Bohr, author of Gifts from the Thunder Beings: Indigenous Archery and European Firearms in the Northern Plains and Central Subarctic, 1670–1870

“This outstanding book covers a range of critical issues: hunter/gatherer transitions within a colonial context; knowledge and expertise in terms of living with nonhumans; indigenous knowledge; but most intriguing and fundamentally exciting is the blend of voices between father and daughter, elder/younger, anthropologist/archaeologist, and on it goes. This is a book that I read cover to cover without pausing and imagine that I will not be alone!”—Charles R. Menzies, editor of Traditional Ecological Knowledge and Natural Resource Management 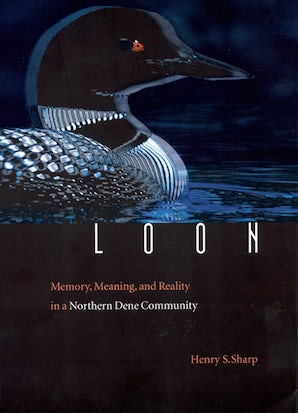