After the turn of the twentieth century, schools played a pivotal role in the construction of French West Africa. But as this dynamic, deeply researched study reveals, the expanding school system also became the site of escalating conflicts. As French authorities worked to develop truncated schools for colonial “subjects,” many African students and young elites framed educational projects of their own. Weaving together a complex narrative and rich variety of voices, Harry Gamble explores the high stakes of colonial education.

With the disruptions of World War II, contests soon took on new configurations. Seeking to forestall postwar challenges to colonial rule, French authorities showed a new willingness to envision broad reforms, in education as in other areas. Exploiting the new context of the Fourth Republic and the extension of citizenship, African politicians demanded an end to separate and inferior schools. Contesting French West Africa critically examines the move toward educational integration that took shape during the immediate postwar period. Growing linkages to the metropolitan school system ultimately had powerful impacts on the course of decolonization and the making of postcolonial Africa.

Harry Gamble is a professor of French and francophone studies at the College of Wooster in Ohio.

"This informative, accessible, and well-written book highlights the centrality of schools in matters of power and governance and offers new insights into the political views of Senghor. It will appeal to readers who have an interest in the history of modern France, the French Empire, West Africa, and colonial schooling."—Kelly M. Duke Bryant, Journal of Interdisciplinary History
"In this compelling, well-written study, Harry Gamble . . . shows that battles over schooling, either within the French colonial state or between Africans and French officials, encapsulated broader debates about the nature, purpose, and future of French rule in West Africa. . . . Gamble's periodization, eschewing the typical dividing points of 1914 and 1940, allows him to construct a nuanced picture of the ebbs and flows of French policy and African activism over time. . . . He consistently shows how colonial officials on the spot evaded or mitigated direction from the center and/or how Africans shaped the outcome of a particular policy."—Elizabeth A. Foster, International Journal of African Historical Studies
"Contesting French West Africa provides critical insight into colonial policy and practice. It will be essential reading for colonial historians, and provides critical context for readers of accounts such as the one written by Camara Laye."—Kathleen Keller, H-France Review
"This monograph does much to illuminate the connections between education and imperial politics in French West Africa, adding to a growing English language literature on the topic. Covering significant chronological reach and political depth, Contesting French West Africa suggests that those working on education in the region today would do well to examine this history."—Rachel Kantrowitz, French Politics, Culture and Society
"This book presents a well-organized trajectory of colonial education reforms and policies that shaped French West Africa for over half a century from both African and European perspectives."—Benjamin Sparks, French Review
"This timely book offers readers a much-needed analysis of the role schools and schooling played in the colonial politics of French West Africa. . . . The result is a remarkably good read, where specialists gain insights from the attention paid to both sides of the colonial project, while nonspecialists are introduced to the broader context of French colonization."—Rebecca Rogers, History of Education Quarterly
"Ce livre vient à point nommé car, comme l’indique son titre . . . ce sont bien ces luttes, les controverses, les contestations, qu’il restitue avec prudence et finesse . . . Pour qui ne serait pas encore convaincu de la nécessité de dépasser l’idée qu’il a existé un (unique) « modèle républicain » de colonisation, trop souvent encore pensé sous une forme réifiée et abstraite, la lecture de Harry Gamble sera très certainement salutaire."—Marie Salaün, Genèses
"For anyone interested in the genesis and development of Western education in French West Africa, this book answers multiple questions about the rationale and articulation of colonial policies as well as the attitudes and reactions of local populations. . . . Contesting French West Africa is a must-read for Africanists and scholars of the French empire in West Africa."—Harrouna Malgoubri, H-Africa

“In his well-documented and enlightening study, Contesting French West Africa, Harry Gamble homes in on educational policy to explore the attempts to guide the federation’s development. . . . Through a focus on the struggles over education, Gamble makes visible the dynamic relationship between different power brokers in the French empire. He shows that the division between subject and citizen was not clear-cut.”—Pehr Englén, Itinerario

“Gamble’s study has many strengths. He demonstrates how . . . debates over education during the colonial period can be used as a focal point from which to understand the mechanisms of state-building, as well as contested narratives of citizenship and belonging. Another of the study’s strengths is that it explores in detail African agency, showing how Africans both engaged with and challenged the colonial government’s education plans, while also seeking to reshape them.”—Tony Chafer, Historian
“Contesting French West Africa deftly highlights the tensions, contradictions, and unique features of a complex colonial schooling system. Harry Gamble is to be commended for his engagement with many themes, from the sharp contrasts between urban and rural contexts to the windows of cultural opportunity that opened for Africans during World War II.”—Eric T. Jennings, Distinguished Professor in the History of France and the Francophonie at the University of Toronto and author of Free French Africa in World War II: The African Resistance

“Contesting French West Africa brings to the fore mechanisms of racial segregation, exploding any remaining myths about the assimilationist function of French colonial schools. Harry Gamble skillfully analyzes the history of colonial education alongside the emergence of Negritude. I know of no other historical work that accomplishes this so deftly and seamlessly. Gamble’s book will enable students of French colonial literature and culture to also gain a deeper understanding of the structure and politics of the colonial school.”—Janet Horne, associate professor of French at the University of Virginia and author of A Social Laboratory for Modern France: The Musée Social and the Rise of the Welfare State

List of Illustrations
Acknowledgments
Introduction
1. Conflicting Visions: Framing French West Africa
2. The Lessons of War: Rethinking the Originaires
3. Toward the Interior: Rural Schools and Colonial Reform
4. Reorienting African Schoolteachers: Agents of the Future
5. Léopold Sédar Senghor and the Popular Front: New Possibilities for Reform
6. The National Revolution in AOF: Debating the Future during the War Years
7. Gaullist Hesitations: From the Brazzaville Conference to the Liberation
8. The Education of African “Citizens”: Struggles over Integration
Epilogue
Notes
Bibliography
Index

The French Army and Its African Soldiers 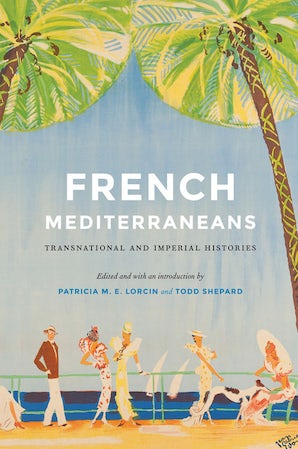 Edited and with an introduction by Patricia M. E. Lorcin and Todd Shepard