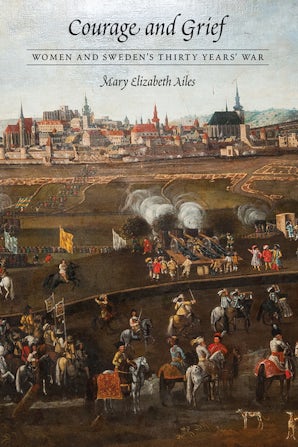 Courage and Grief illuminates in a nuanced fashion Sweden’s involvement in Europe’s destructive Thirty Years’ War (1618–48). Focusing on the various roles women performed in the bloody and extended conflict, Mary Elizabeth Ailes analyzes how methods of warfare and Swedish society were changing in profound ways. This study considers the experiences of unmarried camp followers and officers’ wives as well as peasant women who remained in the countryside during times of conflict and upheaval.

Women contributed to the war effort in a variety of ways. On campaign they provided support services to armies in the field. On the home front they helped to minimize disruptions incurred within their frayed communities. As increasing numbers of men left to fight overseas, women took over local economic activities and defended their families’ interests. Such activities significantly altered the fabric of Swedish society.

Examining women’s wartime experiences in the Thirty Years’ War enhances our understanding of women’s roles in society, the nature of female power and authority, and the opportunities and hardships that warfare brought to women’s lives.

Mary Elizabeth Ailes is a professor of history at the University of Nebraska at Kearney. She is the author of Military Migration and State Formation: The British Military Community in Seventeenth-Century Sweden (Nebraska, 2002).

"As the author successfully argues, women's hard work, financial acumen, social networks, and sometimes physical courage are essential to explaining how Sweden, with a small population and limited resources, emerged victorious in what is often seen as the first "modern" war."—M. E. Wiesner-Hanks, Choice
"Courage and Grief cogently surveys women’s significant contributions to the Swedish war effort during the Thirty Years’ War. Specialists and nonspecialists alike will appreciate how Ailes weaves together a textured account of the impact warfare had across seventeenth-century Swedish society and the central role that women played. Crucially, by highlighting the “home front,” Courage and Grief charts a potential path forward for historians to reexamine the impact of early modern warfare on society that relies centrally on women’s experiences."—Lauren Swift, H-War
"A welcome contribution to the field of early modern women's history. . . . Ailes has gone to great lengths to highlight not only women of the highest social strata but individuals from all parts of society. This is an important book for readers who are not familiar with the subject."—Svante Norrhem, Early Modern Women
"[Ailes] draws together many different strands of recent Swedish research into these topics, making it available for readers who do not know Swedish. . . . Courage and Grief will interest a wide range of early modern historians."—Erik Thomson, Journal of Modern History
"Ailes believes that her depiction of the Thirty Years' War calls for alternative and more comprehensive perspectives on war than those perspectives just focused on traditional battlefields. That call is easy to agree with."—Maria Sjöberg, American Historical Review
"[Courage and Grief is] an interesting and valuable contribution to the scholarship on early modern Sweden."—Maria Agren, Michigan War Studies Review
“The Swedish kingdom was the most innovative military power in Europe from the middle of the sixteenth until well into the seventeenth century. The contributions of women to making those innovations and the impacts of those innovations offer an interesting and little-researched story. Mary Elizabeth Ailes makes a convincing case for the importance of women in Sweden’s war efforts.”—Jason Lavery, professor of early modern European history at Oklahoma State University and author of The History of Finland 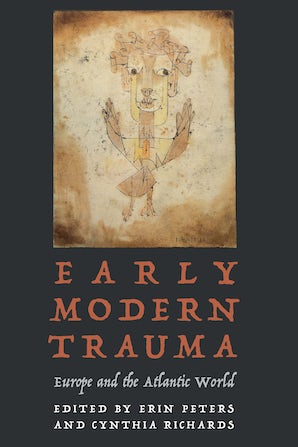 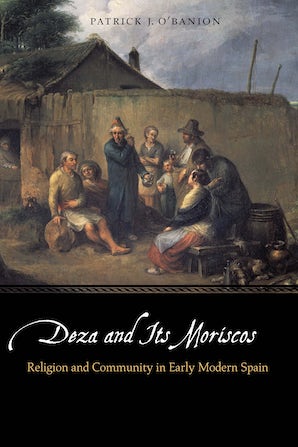 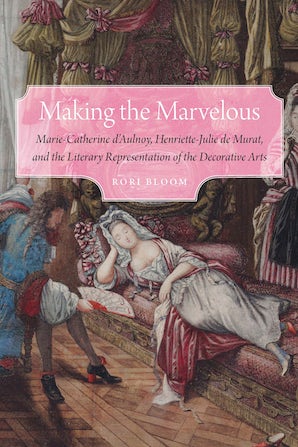 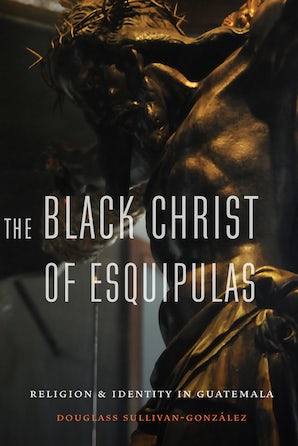