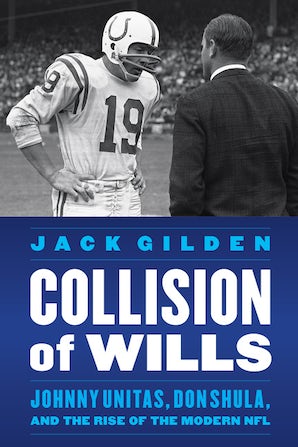 Johnny Unitas, Don Shula, and the Rise of the Modern NFL

In their seven years together, quarterback Johnny Unitas and coach Don Shula, kings of the fabled Baltimore Colts of the 1960s, created one of the most successful franchises in sports. Unitas and Shula had a higher winning percentage than Lombardi’s Packers, but together they never won the championship. Baltimore lost the big game to the Browns in 1964 and to Joe Namath and the Jets in Super Bowl III—both in stunning upsets. The Colts’ near misses in the Shula era were among the most confounding losses any sports franchise ever suffered. Rarely had a team in any league performed so well, over such an extended period, only to come up empty.

The two men had a complex relationship stretching back to their time as young teammates competing for their professional lives. Their personal conflict mirrored their tumultuous times. As they elevated the brutal game of football, the world around them clashed about Vietnam, civil rights, and sex. Collision of Wills looks at the complicated relationship between Don Shula, the league’s winningest coach of all time, and his star player Johnny Unitas, and how their secret animosity fueled the Colts in an era when their losses were as memorable as their victories.

Jack Gilden is a past winner of the Simon Rockower journalism award.  His work has appeared in Orioles Magazine, the Baltimore Sun and Evening Sun, and the Baltimore Jewish Times.  He also consults businesses about their messaging and teaches writing at the college level. For more information about the author visit jackgilden.com.

"Gilden's detailed book captures the excitement of the Unitas-led Colts drives and provides a glimpse into one of pro football's greatest player-coach relationships."—Publishers Weekly
"Jack Gilden's new book reminds us that the game, even in its golden era, has always had controversy. But it was usually well-hidden. Gilden uncovers much that we never suspected, in a book about two of the most legendary figures the game has ever known. . . . This one's not for the hero worshippers who wish only to think of their favorite teams as happy bands of brothers. It's about one of the greatest teams in football history—the late, lamented Colts before they were snatched from Baltimore—and the sheer contempt their quarterback and coach had for each other."—Michael Olesker, Baltimore Post-Examiner
"The author does a fine job of re-creating the Colts' fierce rivalry with Vince Lombardi's Packers and presents well-rounded portraits of Shula, Unitas, and other principals such as owner Carroll Rosenbloom and players Tom Matte and Raymond Berry."—John Maxymuk, Library Journal
"Both Unitas and Shula are members of the Pro Football Hall of Fame, each carving out a glorious career. For seven years they both excelled in spite of each other, winning more games than even Vince Lombardi’s fabled Packers. Gilden brings that conflict into sharp focus with a compelling narrative and the perspective of people who admired both men."—Bob D'Angelo, Sport in American History
"This is a very interesting and informative book on the Colts and the two legends who played an important role in making the Colts one of the best teams during the 1960's. Their role in changing the landscape of professional football cannot be overlooked and this book informs the reader of their importance."—Guy Who Reviews Sports Books
"I enjoyed reading this book as the author was able to balance the conflicts we saw with Shula and Unitas in the context of the period of societal turmoil they played in. He was also able to interview many individuals from that time period that helped give greater strength to the story that was told. If you are a fan of the Colts and or 1960's football this book would be an excellent addition to your library."—Gridiron Greats Book Review
"A revealing look behind the scenes of one of the game's most idolized players, and one of its most triumphant coaches—and how the two men won with remarkable consistency despite their sheer contempt for each other."—Michael Olesker, Baltimore Jewish Living
“The Baltimore Colts of the 1960s are one of pro football’s great underreported stories. The fact that Vince Lombardi’s Green Bay Packers took their headlines and championships doesn’t make them any less fascinating. With passion for the subject, extensive reporting, and sharp analysis, Jack Gilden brings to life Johnny Unitas, Don Shula, their team, their era, and their city. I thought I knew everything about Baltimore sports after covering them for more than three decades, but Collision of Wills taught me a lot.”—John Eisenberg, former Baltimore Sun sports columnist and author of The Streak: Lou Gehrig, Cal Ripken Jr., and Baseball’s Most Historic Record 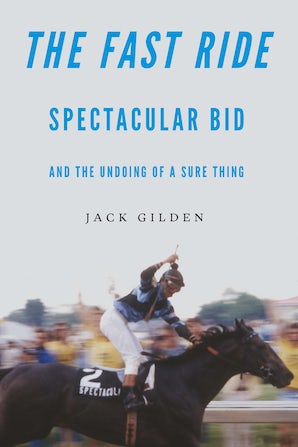